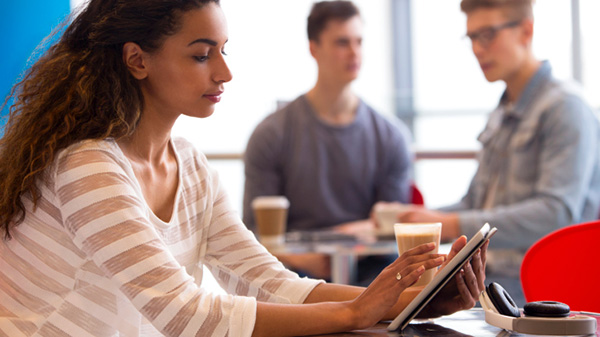 Be cautious when using open Wi-Fi networks in public locations.

Ask most young adults about their valuables and they’ll probably note their car or their phone or their computer. They likely won’t mention their identity. “Why would anyone want my identity? I have no money and no credit.” Those are exactly the reasons identity thieves want them, especially if they’re college students and especially if their parents are paying for their living expenses.

Since 2012, roughly one in five of those who have had their IDs stolen were age 20-29, according to the Consumer Sentinel Network of the Federal Trade Commission. Another 6 percent of victims of the nation’s fastest-growing crime were 19 and younger.

Imagine the college student who lives in the dorm, pays for goods and services with a debit card funded by his parents, and throws away the dozens of pre-approved credit card offers he’s received. When he applies for his first apartment, the landlord refuses to rent to him because he owes the utility company thousands of dollars, skipped out on his two previous landlords and even has had criminal charges against him.

How could this happen? Someone may have taken one of those discarded offers with his name, address and other personal data, opened a line of credit in the victim’s name, then proceeded to use that name for all his actions – including when he was picked up by police.

While this student can take steps to clear his name, he’ll likely need weeks or months to do so. And the economic costs can be high – from attorney’s fees to notarized documents to lost wages to time taken to meet with law enforcement. Parents and their college-age children can follow these steps to guard against identity theft:

For 15 years, identity theft has topped the list of consumer complaints with the Federal Trade Commission, so much so that in May, it launched a separate website, identitytheft.gov, to provide information about prevention and recovery steps for dealing with this growing problem.

College-age students may love their things, but they must recognize that their most valuable assets are their name and good reputation. Both can be stolen by identity thieves, and the consequences can be far-reaching and long-lasting.